I was literally tapping my fingers on my desk moments before this post. It is a slow day. Not much going on, and I’m a bit bored. That feeling is coming up more and more in WoW lately. I still like the game, it has plenty of great story arcs, game mechanics, and things to do. It is just we are approaching the next big expansion which is still months away and I found myself logging on looking for things to do. So let’s go down my roster. 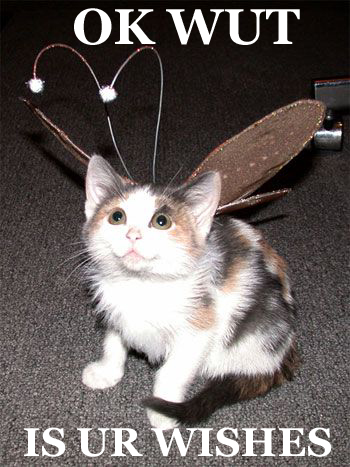 This is without a doubt my main. I feel very good about my mage. High DPS in raiding, I can trouble shoot up and coming mage specs/gear. Gear wise I’m pretty much done with upgrades without doing heroic mode ICC. Professions are maxed. Hell I even have all the secondary profession maxed. Weapon skills are all maxed. Yes that is right, if there is a weapon that is equippable by mages, I have not only trained it, but have the highest possible weapon skill on it. Melee mage! No specials, but I can auto attack hard and am at hit cap! I don’t fancy achievement shopping. Rep grinds bore me   so going back to the old world or even worse Outlands is off the list.   I don’t like PvP enough to run an arena team or run battlegrounds. So the mage gets brought out for the progression raiding in the guild, someone needs high DPS for something, or someone needs an enchant. If WoW was an alt-less game, I would log on two nights a week (we don’t raid hard core), and that would be it.

My main alt. Born out of a tank shortage in running 5 mans in BC, never leveled very far (above 45?) until WotLK was out and we needed a reliable tank for Naxx runs (behind the main progression group). Gear is in two sets. Tank set is capable of tanking through maybe Festergut or Rotface in ICC. Maybe my skill isn’t super strong, but I could do fine. DPS spec did respectable DPS the few times we needed melee in ICC. My mage is the clear victor in DPS department by a few thousand DPS, but the warrior is serviceable and Lady Deathwhisper needs reliable melee. Professions are not maxed out. Secondary not even close except first aid. But that is like eating veggies. Yeah I should, but I can only bring myself to do it in short bursts. The problem is he cannot get upgrades from triumph badges, and he already has almost all the non t10 frost tank gear (ie the frost cloak, belt etc). So the other option is raiding with him, but we only really have one ICC raid team, and even if we had two I don’t think I’d be needed to tank and probably wouldn’t be excited about 4 nights of raiding a week.

Yeah you heard me. Wanna fight about it? They are the bane of mages everywhere. But whatever. I’ll fess up a little secret about how mages feel about warlock alts “Warlock alts are like mopeds. Fun to ride around on, but you don’t want your friends seeing you”. So my lock, who is vastly inferior to mages the world over, was born out of boredom when my vanilla toons had hit their similar ceilings. He got to the low 30s and was shelved. Then BC hit, Zelmaru thought shammy healing was the new hawtness so as she leveled, I leveled alongside serving as a blueberry tank and non stop dot machine.   WotLK hit and our guild (we had just flipped guild) had an abundance of mages and said they would prefer a lock for the raid buffs/debuffs for 25 man naxx. I piddled along until I said screw it I’ll just do mage anyway and well that was that. He did hit 80 and in a very very bad mix of Naxx10 gear and blues has sat on the shelf over a year.

Recently facing this boredom I broke out the lock and have been gearing him up and relearning how to play affliction.   And I’ll admit I’ve had some fun.   Instead of pulling down 4-5k in a 5 man heroic on the mage I was all happy to break 2k. I’m badge counting until I get my t9 hat. I’m running instances actually wondering if there is an upgrade (remember I did say a very very bad mix of naxx 10 man and blues).   Recently I did hit 4k on   CoS boss, but we had heroism, so that is somewhat skewing the results. I’ll also confess there is somethings I am just bad at. Pet management? Pffft. I’m a DoT Mage baby! (Yes that is how I think of myself when I’m locking) I send the felpuppy in, and when not if it dies I’ll summon a new one. I did get decent at using it to clear magic debuffs though so I guess I’m not a complete faillock.

What are you doing to pass the time?