↓
This entry is part of the series: Grid Guides

Today we’re going to learn about tracking your own stuff and other people’s stuff in Grid.

There Can Be Only One

Spoiler alert: it's me.

Now, in a perfect world your raid would communicate with you flawlessly.  You would know which shaman is earth shielding which target, and no priest would ever overwrite another priest’s POM.  But this is an imperfect world, and in a large raid, this can all get muddled.

Note: this lesson is NOT for beacon (BACON!).  You can have 2 bacons on the same target.  They don’t overwrite.  At least not last time I checked.

For the sake of this example, we’re going to use Earth Shield.

(3) For “Buff: Earth Shield” make sure you uncheck the “show mine only” box. 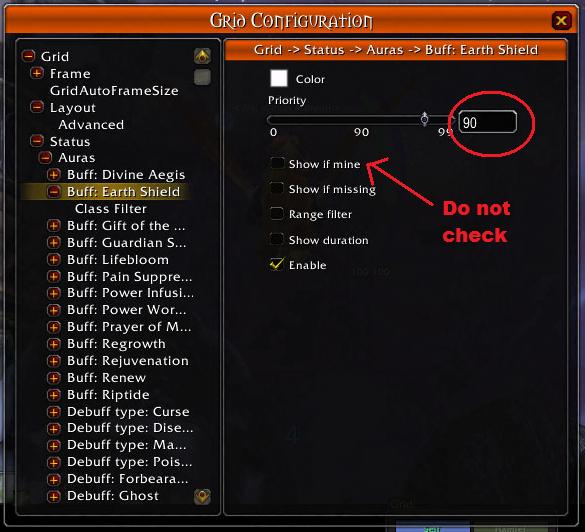 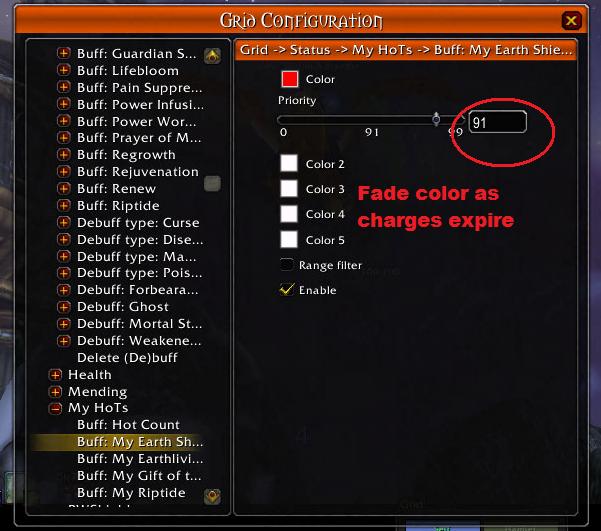 Put That Baby In a Corner 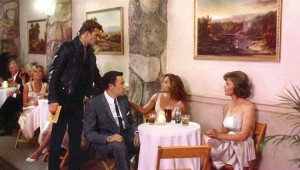 Nobody Puts Baby In a Corner.

Pick a corner, and check both “My Earth Shield” and “Buff: Earth Shield.”  I wouldn’t put anything else in that corner.  It will just complicate things. 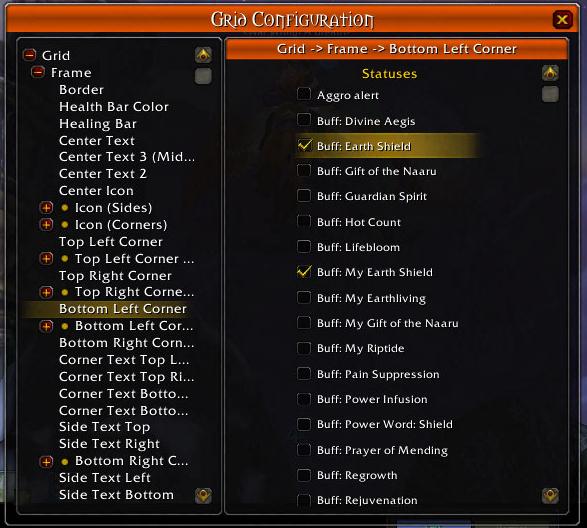 For this example, we'll put it in the bottom left corner. Why not?

The Final Step is always Profit.  Actually, here’s a classy artist rendition of what will occur: There can be only… two? 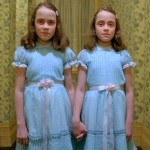 Grid is not THAT scary.

This method is a bit trickier to configure, but can be used for Bacon and other buffs that do not overwrite, such as HoT’s, because you can show your auras and other people’s auras separately.   Instead of using priorities to make your shield indicator cover over “default shield for everyone, including you”, we can simply configure the buff indicator to exclude your shield.

Configure “other people’s auras” in Gridstatusaurasext

(1) Create an aura name that is obvious.

(2) Configure the aura as shown below.

I have no idea why you end up with two sidebar on the left for Auras Ext config. It's irrelevant. Configuring one configures them both identically.

You can do a lot with this! Don't get all crazy.

Configure your aura that shows only YOUR buff

You can do this in a few ways:

(1) Create an aura within Gridstatusaurasext, and simply check the appropriate options OR 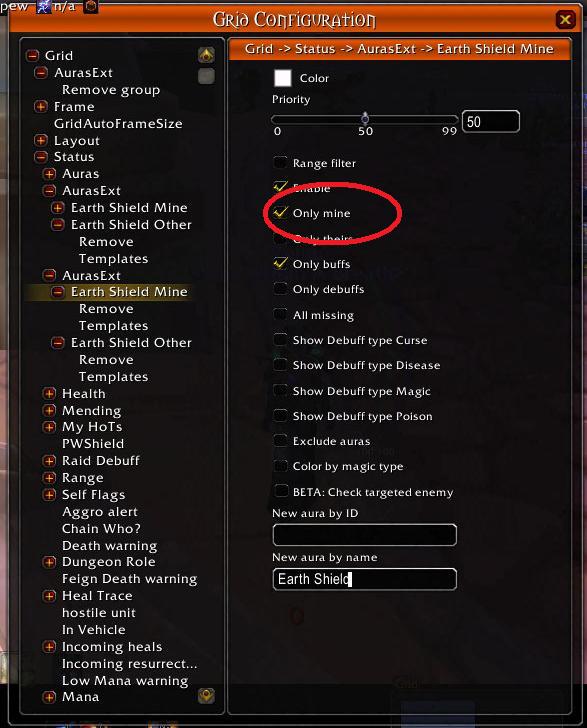 By now you know how to do this with AurasExt. Not rocket science.

(2) Use the default Buff: Earth Shield, and check the “show if mine” box (to show only yours) OR 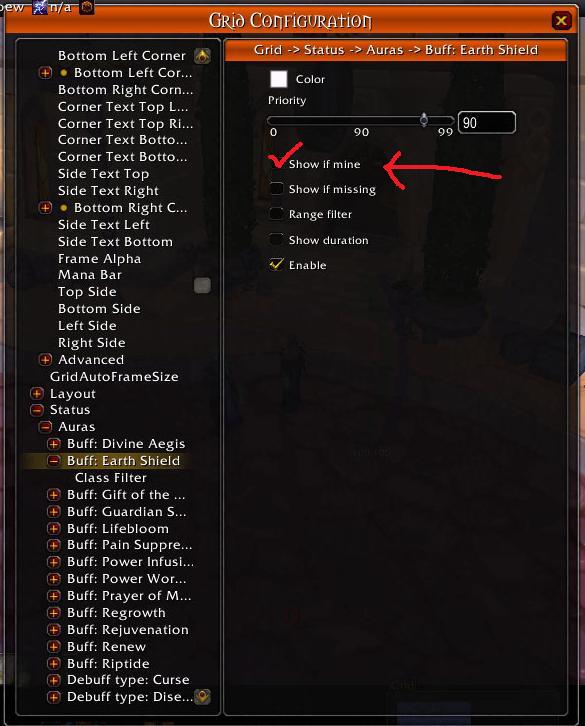 (3) Use Buff: My Earth Shield within GridStatusHots, if you wish to install it. 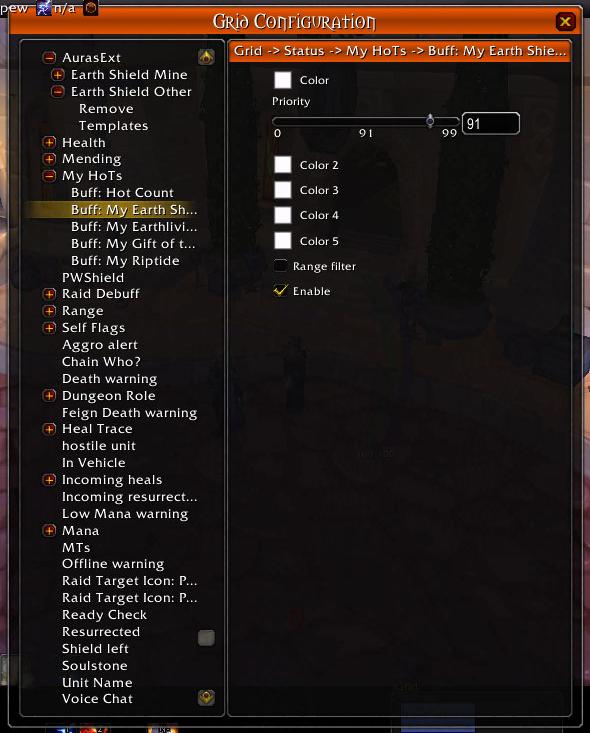 You can fade the color with Gridstatushots. What's there not to like?

(1) You can put both statuses in the same corner, using appropriate priorities, just like we did above.

(2) Unlike the above example, you can put your buff in one corner and everyone else’s buff in another corner.   This may be useful for Bacon, when you CAN have 2 statuses on the target. 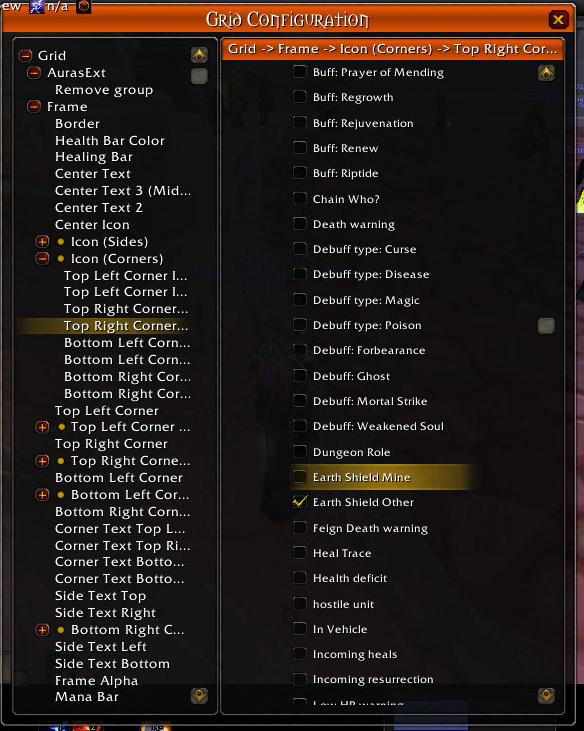 See? The statuses you created in GridStatusAurasExt (Earth Shield Mine and Earth Shield Other) are available to put in a corner or wherever. Like MAGIC.

Here’s what it might look like if you put your buff in one corner and everyone else’s buff (excluding yours) in another: 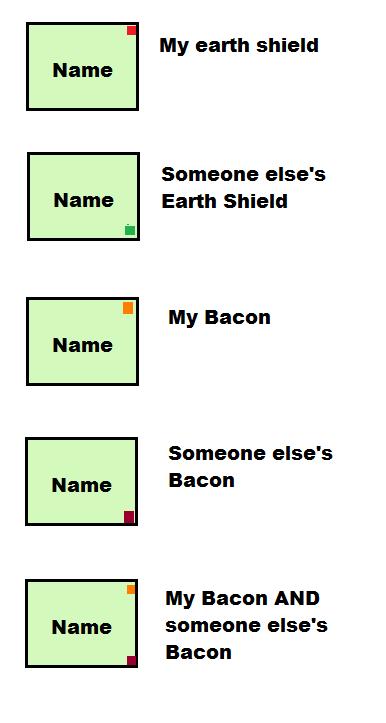 Final Note (There is no Option 3)

Now don’t try to get all funky and do numerical countdowns and crap.   That only works with a select handful of plugins, like GridStatusHots.   It does not work with GridStatusAurasExt.   And that’s the next lesson anyway.