Crowd control in Wrath has been a joke. The Devs have pretty much admitted to that, and if you look at the way they intend to rework tanking in Cataclysm you will see that crowd control will need to come back into our bag of tricks. Polymorph is great for beasts, humanoids, and the stray critter you find, but you unfortunately have more types of enemies than that. So how do you keep a target you can’t polymorph busy and not hurting you or your friends? Kiting.

Frost spells typically work best. But Slow in the arcane tree is very useful, and you have some things in the fire tree which might work out in certain situations.

In general the frost tree contains many talents which can pump up the slowing effects of your frost spells. The fire talents currently have an AoE knockback in Blast Wave and a coned aoe disorient in Dragon’s Breath. In general the deep fire talent builds are a bit more chaotic if using those talents than I generally like, so I’ll stick to frost spells even if I’m fire specced because it is about control. 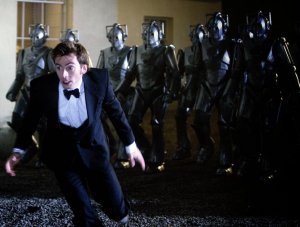 There will be a lot of running, that said dress for success

Okay the first thing you need to realize is this is not about doing damage. This is about getting threat on a mob, and keeping it chasing you until the tank can taunt it off and the group can take it down. You are in essence being an offtank. Right now tanks take on 5 mobs in an instance at a time and no one even blinks an eye. The expressed intention for cataclysm is that won’t be viable. So in a four or five mob pull you might end up polymorphing one and kiting the other. So here is how you do it.

Now the above method is largely assuming one mob for which you are responsible. Sometimes though you may be responsible for multiple mobs (think Zombie Chow wrangling in Naxx). I’ll be honest, having done Naxx multiple times on both my mage and my tank, and having tanked everything in that place on my warrior, the Zombie Chow wrangling is the hardest job for me to do in that place. But our goal in this series is to master all aspects of being a good mage, so let’s talk about AoE kiting.

For serious AoE kiting you will need a deep frost spec. I’m not going to give you an example spec because my intention is to give you the over arching theory so regardless of how talents or even abilities change in the future you can piece together a viable and workable approach. But let’s talk about what types of things you will be using. Blizzard will be your main nuke/snare. There have always been talents that pump up the snare effect of blizzard, whatever these are you will want them. Now you might be tempted to take frostbite which has some percent chance to freeze your target in place. I would advise strongly against this. The reason is that you are trying to keep all your mobs tightly packed, and frostbite is exactly the kind of talent which is great for single target kiting, but makes things very messy in groups. Any talents which increase your range or the radius of your blizzard, frost nova or cone of cold are good. The further they are the better. Finally you will want any talent which functions like Cold Snap currently does. Prudent resetting of all your frost cooldowns can be the difference between living and dying.

I have a video which I recommend very highly to best illustrate how this all works. It is 16 minutes or so over 2 youtube video. It was made in Burning Crusade so it is a bit outdated, but it illustrates the overall theory and practical application better than I could in text.

Now in group play, and especially in a raid or an instance you can’t do all the things they do in the videos. Wrangling with a mount is probably out. And use of an ice block is not recommended. While you will still be high on their threat list, they will ignore you if there are other targets to east while they wait for you to thaw out. That results in dead healers which will probably make for a wipe, some yelling on vent or you not being invited back. The other thing to remember about AoE kiting is it is very mana intensive so you have to make sure each spell gets the most bang for a buck. You might have to make sure you have mana potions and your mana gems ready to roll, and maybe discuss if you have access to an innervate given your job in this fight.

Kiting is a very powerful skill, and if you can master it you can effectively crowd control many mobs at the same time making you a valuable resource to any party or raid. In the case of AoE kiting as shown in the videos you really do feel like a god among players. The key ability is knowing how to move effectively. Most fights we can stand in one place for long stretches and hurl our favorite nuke, but to be a good kiter you need to know how to move, nuke, keep track of targets, and know what to do next. Mostly it just takes practice to get good. So go find some elite mobs, and practice kiting because you never know what you may be asked to do in the future.