I realize that anonymity has been a hot topic lately, and while the Real ID on the forums issue has been resolved for the time being, the tension between your online persona and your real identity has been a consistent theme since people started to speak using internet “handles.”

Let me also apologize to any of our foreign readers off the bat. I will be making plenty of references to aspects of the American experience. I’m sure your country has great history and traditions as well, but I am an American. It is what I know and from where I speak. That said, the logic behind much of what I will say should be considered universal.

Recently the Supreme Court of the US has said that people who sign a petition for a ballot initiative don’t have an expectation of privacy, and their names may be divulged. Justice Scalia is quoted as saying “you can’t run a democracy this way, with everybody being afraid of having his political positions known.” During oral arguments for the case, it was noted that before the secret ballot was implemented, America had overÂ  a century of “open ballot voting“: you show up at your local polling place and say out loud which candidates you support. Â No doubt that influenced the outcome of the elections, just as voter intimidation still influences elections in other nations.

Historically many prominent and influential people have used the veil of a pseudonym to protect themselves either from hostile allies, or to divorce their message from prejudices (good and bad) attributed to the speaker. I think back to Plato’s Allegory of the Cave. If you remember it (or just read the wiki) you’ll no doubt realize that when you see a speaker you will apply thoughts to them, these are the shadows on the cave wall distorting what the true message is. For example if a successful business person dressed in fine suits and wearing a fancy watch told you to invest heavily in this mortgage backed security, you might give it more weight that the Wu-Tang Clan telling you to diversify your bonds. The same message can be perceived and considered differently depending on the identity of the speaker. 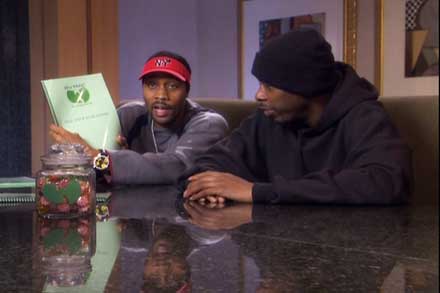 A prime example of this goes back to the Founding of the United States, and a groups known as the Federalists and Anti-Federalists. During the debate on whether to ratify the new constitution, many of the essays where written under pseudonyms like Publius, Cato, and Brutus. These were by influential and powerful men at the time like Alexander Hamilton, James Monroe, Samuel Adams, James Madison and John Jay who wouldn’t have needed to hide their real names, but probably did simply to let the merits of their arguments stand or fall on their own.

In addition to that, we have a long tradition of pseudonyms in the arts. There exist questions about whetherÂ  William Shakespeare was the real author of his works.Â  There are known examples of authors taking pen names like Mark Twain, Stephen King, George Orwell, and Lewis Carroll to name a few. Each for a variety of reasons, which is perfectly understandable. Many female authors prefer to just use their initials so as to stay gender neutral to readers.

There are plenty of examples of people taking stage names to drop ethnic sounding names to prevent potential bullying or prejudice to their careers. Harry Houdini was born Erik Weisz. Fred Astaire was born Frederick Austerlitz. John Denver was born Henry John Deutschendorf Jr. The list goes on. Even uber Patriot Chuck “I can literally punch you through time” Norris was born Carlos Ray Norris. 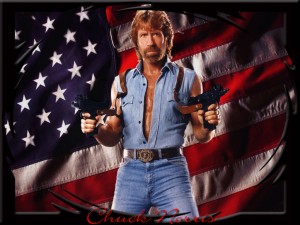 Pseudonyms also allow us to forge new and important identities. Rockstars like Bono, Madonna, Sting, The Edge, Lady Gaga, and Slash do not use their legal names. But it is what we expect rock stars to be like, so we don’t give them crap for not calling themselves Paul David Hewson, Madonna Louise Ciccone, Gordon Sumner, David Howell Evans, Stefani Germanotta, or Saul Hudson.Â  And it isn’t just self aggrandizing musicians who do this (I’m looking at you Stefani!). The Pope takes on a new name when he becomes Pope. Cardinal Ratzinger became Pope Benedict XVI. The Lhamo Dondrub became Tenzin Gyatso AKA The 14th Dalai Lama.

So what does all this have to do with World of Warcraft and RealID? Well two things really. First it shows that just because you go by something you weren’t named at birth doesn’t make you unaccountable for your actions. For example when Lady Gaga recently was less than lady like in Jerry Seinfeld’s Yankee Luxury box she took heat for it. 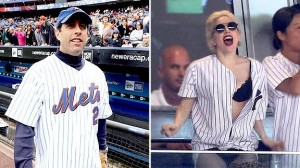 "I mean what's the deal with Lady Gaga? Is she a lady or a baby? I wanna know!"

If Blizzard would restrict forum posters down to one name, and one name only per account you would increase the accountability significantly. If Arcanetinkertank got a reputation for being a jackass on the forums, I guarantee you there would be a degree of self regulation from other posters making me relive my worst moments from flamefests past.

Second it allows for better discussions since it makes each forum handle stands on its own. You don’t get dismissal of your posts or ideas because you are a girl, a minority, a guy, have a weird sounding name, or get confused for every other John Smith out there.Â  Total anonymity would be very bad, there would be no accountability at all, but the exact opposite is not desirable either. We end up with people restricting what they say for fear of reprisal, even if there is only a one in a million chance of any real life danger, or we have readers dismissing posts and ideas because of unfair prejudices put upon the post by what name they were born with.

To conclude I’d like to invoke one of our favorite all time pseudonyms for a final thought. 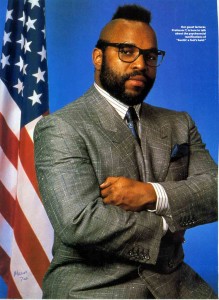 " I pity the fool who doesn't understand and appreciate the value of pseudonyms in a dynamic internet community."