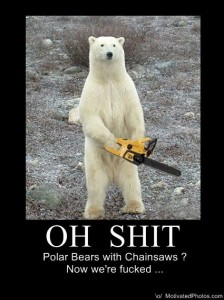 Let’s face facts. We can all attest that things do not always go according to plan. There will be times where the main tank’s internet cuts out mid fight, or aggro mechanics on a boss are a bit weird, or you just simply are in the wrong place at the wrong time (see polar bears with chainsaws). Today in the Mage Series we are going to look at what tools we have at our disposal to save our own mage skin and live to keep on fighting.But more importantly I’m going to point out which buttons are best for which kinds of situations. I will not however be covering the mechanics of kiting as we covered that last time. Remember if you have a situation where kiting or polymorph are viable options you should probably use those first. This includes simple maneuvers like Frost Nova and Blinking away to safety. Experience will guide you on whether or not these are truly viable.

Ahh the Ice Block. A long time ago in an Azeroth far, far away, Ice Block was simply a Frost talent. Later they gave it to every mage, and there was much rejoicing. It usually took the form of this. 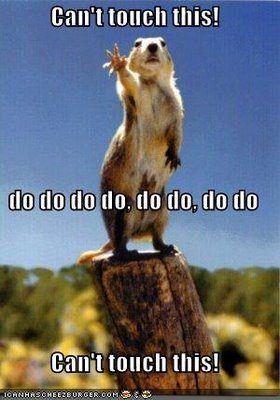 We livin' and you know, Can't Touch this!

Let’s go over what it does and doesn’t do real quick.

Does: Makes you immune to everything. Spells, melee, poison, disease, curses, magic, libel, slander, bad smells. It is the ultimate 10 second relief for anything which might hurt you or cause you problems. Also it will usually clear any bad debuff you have. Let’s take blood boil from Saurfang for example. It does some damage to you and those within 10 yds (give or take) to feed Saurfang blood power. A simple ice block clears that off of you and you can go back to pew pewing.

Doesn’t: It does not reset your aggro. If you are in ice block any aggro you have built up on a mob will still be there when you thaw out. So maybe for ten seconds Nasty Beast has moved onto someone else, if you still have top aggro when your ice block is gone, guess who is coming back.

Good to Use: Obviously it is good to use to clear very hard hitting debuffs that would result in your death or risk a healer or tank if let go. Also if there is some very intense raid wide damage coming out, you might help yourself by ice blocking through it. (Blood Queen Lana’thel’s Phase 2 Bloodbolt business). And of course if you know you are very low on health, and you know more damage is coming possibly faster than a healer can get you back up.

When you should probably not use it: Sometimes cleansing a debuff via ice block will have an unintended side effect (like let’s say you are a bomb in some fights, or when the debuff is cleared a pool of ick is on the floor). Know your fights, if this is in play, don’t ice block. Also if you are kiting and there are other people on the aggro list, when you ice block it will go for the next in line, who will often be a healer.

Useful macro if you are just using Ice Block to clear a debuff, but don’t need the 10 seconds of immunity. The second time you press it will cancel ice block.

Does: It will drop your aggro back to zero. It will also take you out of combat.

Doesn’t: Make you immune to damage. While you are fading the mobs can still use spells etc on you. Luckily they have changed it so any hostile damage you receive won’t prevent you from fading, but any hostile action you give (even from molten armor) will cancel the fading. Also usually raid wide damage like the Boss doing an AoE will still hit you while invisible.

Good to Use: If you consistently pull aggro on bosses from your tank, you might consider working Invisibility into your early cooldown rotation (maybe when the boss is at 80%). You stop pew pewing for 4 seconds, but then your tank should have a nice threat lead and your damage should not likely be threat capped going forward. Also if your raid is going to wipe and you are allowed to use “save yourself” mechanics like the rogue uses vanish, this can be good. Just remember to come out of invisibility in a safe place.

When you should probably not use it: Just like with Ice Block you need to be knowledgeable of who is below you on threat. If it is the tank, by all means, but if it is a healer you might consider alternate strategies to save the healer. Also if you know there is raid wide damage, you aren’t gaining much by using invisibility. And remember invisibility doesn’t clear debuffs at all. 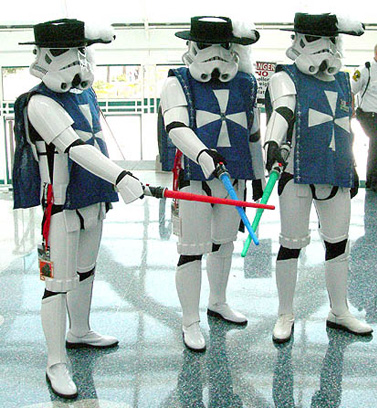 We swear this oath to stand in the fire, and just cast frostbolts for 30 second or until we die.

Does: This spell will make you threat immune for 30 seconds. Your threat will still go up, you can still pew pew, and if you happen to have the T10 4 peice bonus you’ll be doing gangbusters damage. The mirror images themselves are a small DPS increase, but the bigger bonus here is that for 30 seconds you can be pretty confident that of all the targets the mob will be whacking, you won’t be it.

Good to Use: If your raid is the kind to coordinate cooldowns, you might consider saving this for that time. But if you are like me and have everything macro’d in so you are always on cooldown, blow this whenever you can*. At the beginning of a fight the tank usually has a little ramp up to their threat, this basically makes you not have to worry about that ramp up time. The first 30 seconds you can just go hog wild. It is important to make sure that the tanks understand how this works, so if at they see you flying past them in omen they aren’t freaking out. Also they need to understand that when it expires they might need to be ready to taunt if they haven’t caught up to you yet. Otherwise it will be Ice Block time or possible dead mage time.

When you should probably not use it: *Anytime you are expected to be kiting you should not use Mirror Image. Remember that kiting is dependent on you having a secure threat lead on the target. Also if you are getting ready for a serious pause in the action (think Safety Dance part of Heigan). It won’t really be as effective if you are just moving about not doing DPS anyway.

So there you have it, the ways we can keep our hides when Polar Bears with chainsaws show up. Once you understand how these abilities work, you can use them to help up your performance, and stay alive since as we all should know dead dps is no dps.

Next time: A little word about Polymorph and Focus Targets.