Guess what, chicken butt?  I use frost resist gear on Sindragosa, and I’m not ashamed to admit it! 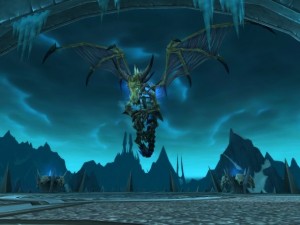 I didn’t look at other abilities.  I’m incredibly lazy.  I’m assuming they are frosty and would behave similarly.

On Sindy, there were times when people were within a sliver of health.  Maybe they stood in the bad.  Whatever.  The point is that the extra health does make a difference.  Frost resist has nice stamina.

Now that the Wrynn buff is at 30%, I have more spellpower than I know what to do with, and it translates into a lot of overheal.  I can afford to lose some spellpower and still keep my healing at around the same level.  For you DPS, the tradeoff isn’t as obviously beneficial.

How To Gear Frost Resist Smartly

First, you never want to replace your strongest gear pieces.  I would almost never replace the chest, since likely you’d be breaking up a tier bonus and… well hell no.  In my opinion, 1 pieces is nice, 2 pieces is really nice, but 3 is probably overkill.  I’d go for the belt and/or boots.

Now that you have your frost resist on, take a look at the appropriate caps.  Don’t just blindly gem your best stat.  If I lose 50 haste on the transaction, I’d better toss in some haste gems so my timing isn’t totally thrown off.  DPS, make sure your hit cap is still in the ballpark.

Also, keep an eye on your meta gem.  If you lose your one blue gem in the swap, you’d better replace it with something in your frost gear… or gem a nightmare tear elsewhere in your gear.  (I am guilty of forgetting this little issue.)

And remember, regardless of your gear, don’t stand in or get hit by the bad.