↓
This entry is part of the series: Adventures in Alt-Land

Oh the joy that is the random dungeon finder. As a paladin I pretty much have no wait time since I do queue up as tank, dps, and heals every time. And despite how much I’d like to practice healing I get tank. Every time. Without fail.

First unless it is Scarlet Monestary, you will not finish the dungeon with the same people you started with. The number of original people will decrease based on the length of the dungeon. So gnomer will most likely be you and 4 new people by the end. Seriously you should expect to see more characters than cycled through Law and Order over the years.

In the Dungeon finder system there are two equally important groups. The hooligans up to no good, and the heroes who slaughter them and take their stuff. These are their stories.

Second people are bigger jerks it seems in leveling instances than in 80 heroics. You get plenty of jerks in 80 heroics, don’t get me wrong, but there at least seems to be some baseline of respect going on.Â  Like in a heroic the DPS will be jerks, but they at least will stick around because they have that carrot of the frost badges to keep them somewhat in line. In leveling pugs the behavior seems markedly worse. I’ve been told “BIGGER PULLS! OMFG THIS IS SO BORING!” Coming from the healer of all people. When dps says it, it is worse. I’ve seriously considered doing a macro to say this if I get the tanking role: 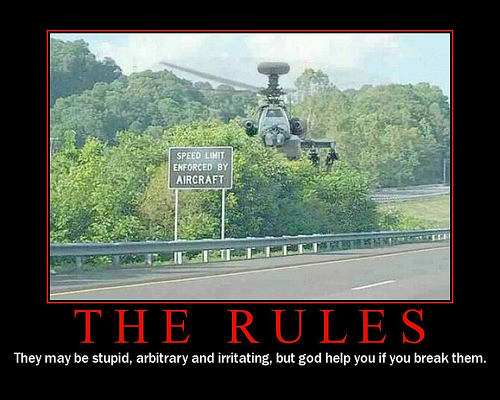 Third, I love the satchel of goods you get. A guaranteed blue everytime is awesome. But after doing SM graveyard 20 times I think I have every possible blue mail gloves combo pallies can get.

Finally an update on the merry idiots (Wookiee and Lizard). Lizard’s gaming rig was down for a week. So last night I ran them through Stockades a few times with the mage and gnomer twice. With refer a friend they went from 23-30 in one night. That mechanic is ridiculous. I mean, I am happy it is there, but how it can be stretched to this end is crazy. And once they introduced a three times XP boost you know blizzard knew some joker with a maxed out toon could get their friends through the twenties in a few hours. The downside for me is that my pally won’t be able to keep up with them for very long. I have two levels on them now. And as long as they don’t play together I can keep pace or speed ahead (heirlooms for the win!), but once they get into a run together it’ll be game over man. I guess if they get to far ahead I can roll a DK for Outlands with them.