So as 4.0 looms in the near future, I figured I should start looking at what the new world order has in store for me and my toons. I want to point out, I have not waded into any serious theorycrafting discussions on any of these things, I’m not sure how it will all pan out when it finally hits live, I just figured I should see where things are headed thematically. In this post I will give my thoughts on the 3 mage trees.

On the state of Magery and Magecraft in the New Age

Currently I have two specs, an Arcane spec which has served me very well from Ulduar to ICC and a Fire Spec which I am playing around with to see if I still pwn with fire. In case you are wondering, yes I still do.

Looking at the Core ability and the benefit of the mastery talent, I think that Arcane will be either relatively boring to play or a nightmare to min/max. I mean currently it isn’t that exciting. I mean the rotation for me on live now is best summed up by this: 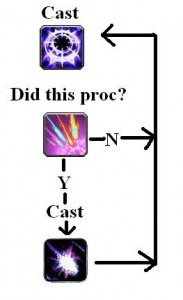 Now there is some cooldown management, but the gist of the playstyle is this since we have outgeared the mana management component of the spec since Tier 8 gear. Looking forward I don’t see how things are really being improved upon. I guess now the debuff from Arcane Blast will have more of an impact, but instead of using Arcane Missiles to clear the debuff you just use Arcane Barrage unless Missiles have procced.

Looking at the rest of the three there are some nice toys like speed boosts, having slow automatically applied to arcane blast targets, or having mana gems be a T7 set bonus like DPS boost. Overall I’m not that excited about the spec. I like it on live because it is easy to play, but if I’m getting the exact same spec basically but now mana is a huge issue, I’ll just pass.

Holy baby bejeezus! Do you like setting things on fire, and then setting those things on fire, then setting the first thing on fire with a different fire? Because if that is the case, have I got a spec for you. They have made fire pretty interesting from what I’ve been able to see. Fire mages will be without a doubt a champ at AoE damage and fights. You can get a costs-no-mana, cast-while-moving scorch, there are dots galore, and finally blast waves from range without a knockback. 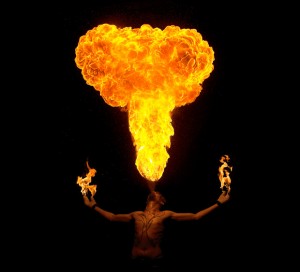 The playstyle seems to be set things on fire, gain more power, and just keep on rolling. In a way, it reminds me of affliction lock in that there will be a dot management aspect, but there it won’t make mages have to juggle nearly as many. I predict this is going to be my primary spec for fun.

While fire is DoT-tastic, frost seems to be getting a good deal of love from what I can tell. The downside for me is you get a pet. I am not a huge fan of pet micromanagement. On my lock I send it to attack something (I don’t really care what, and if it dies, whatever) so having an Elemental around is not something I’m terribly excited about. But now you get it all the time without wasting a glyph spot, and it gets to freeze stuff. 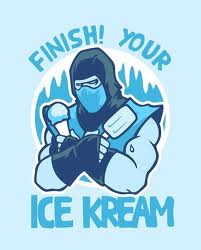 Which brings us to the core mechanic, you get stuff frozen, you shoot frozen stuff, you get big crit multipliers and BOOM DAMAGE! The spell rotation will be more complex that it has been in Wrath, and I think a good number of mages would be wise to look at Frost with fresh eyes come this expansion. If CC is back, the crowd control aspect will be useful, your damage is reportedly competitive, and you still provide a form of replenishment to the raid.