If you look at the minor glyphs for mages regarding polymorph, there exist two different ones which change your polymorph from a sheep to either a penguin or a monkey. In the interest of SCIENCE I will attempt an experiment to combine them into a new animal to be called either a Pengkey or a Monguin.

Upon hearing my bold SCIENCE experiment, Zelmaru informed me that it can’t be done. She cited an old Loverboy song (which apparently got plenty of airplay where she grew up) where the chorus was “A penguin and monkey DNA just don’t splice!” The air guitar riff she did after that was amusing and unfortunately she would not perform the song again when I had a video camera handy. 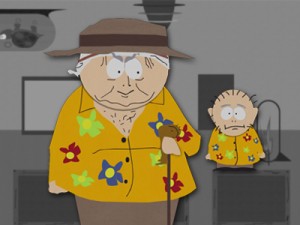 THE HYPOTHESIS OR QUESTION

Use of both the Polymorph: Penguin glyph and the Polymorph: Monkey glyph will cause your polymorph spell to make the target into a Pengkey or a Monguin. 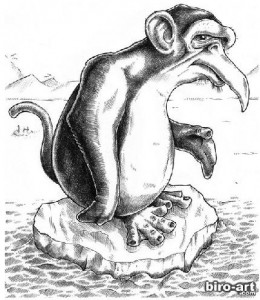 I typed monguin in GIS and much to my surprise several people have thought of this before.

The Pengkey or Monguin never materialized. The only result was a penguin every time. The Glyph of the Monkey never manifested itself in any visible form when both glyphs were equipped. This had an unintended side effect of disappointment and sadness in the researcher.

The conclusions I have come to from this experiment are as follows:

First, science is stupid. If I can’t have a Monguin or Pengkey because of “genetics” or “Dominate genes” or whatever you call them, then science obviously isn’t as cool as I thought.

Second, Penguins are superior to monkeys. This seems counter intuitive because monkeys live in tropical climates with abundant food and nice temperatures and penguins mostly live in colder climates and just eat fish all day. But the hard fact is despite these appearances, it seems that “science” tells us that penguins are dominant to monkeys. If they were equal monguins would be real, and if monkeys were superior than the experiment should have shown monkey every time.

Third, Zelmaru, and therefor the band Loverboy, was right. I need to be alone to consider the impact of this on my world view. (Loverboy being right, not Zelmaru).