↓
This entry is part of the series: Grid Guides

Lately I update grid through the curse downloader without even thinking about it because, well, there’s just been a patch. Tweaks are being made every day, no biggie.

Then I opened up the menus and said “ZOMG since which version did THIS happen.”  (Apparently, it’s version 1392, available from Curse Forge.  There’s already a version 1393, pushed while I was sleeping.)

Instead of a long list of options down the side, there’s a nifty intuitive “tab” system across the top reminiscent of the evil Vuhdo.  For those of us who already use Grid as “old hat”, the new tabs are pretty intuitive and a nice improvement. To those who don’t already use Grid, they may make the addon more navigable. 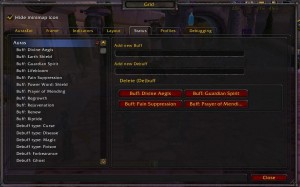 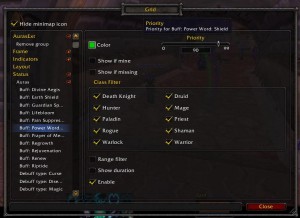 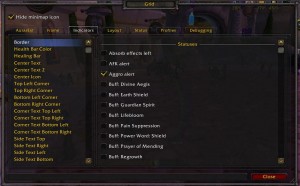 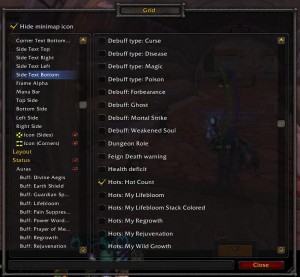 Halp! My “Frame” Tab is all wonky (but the others work fine) 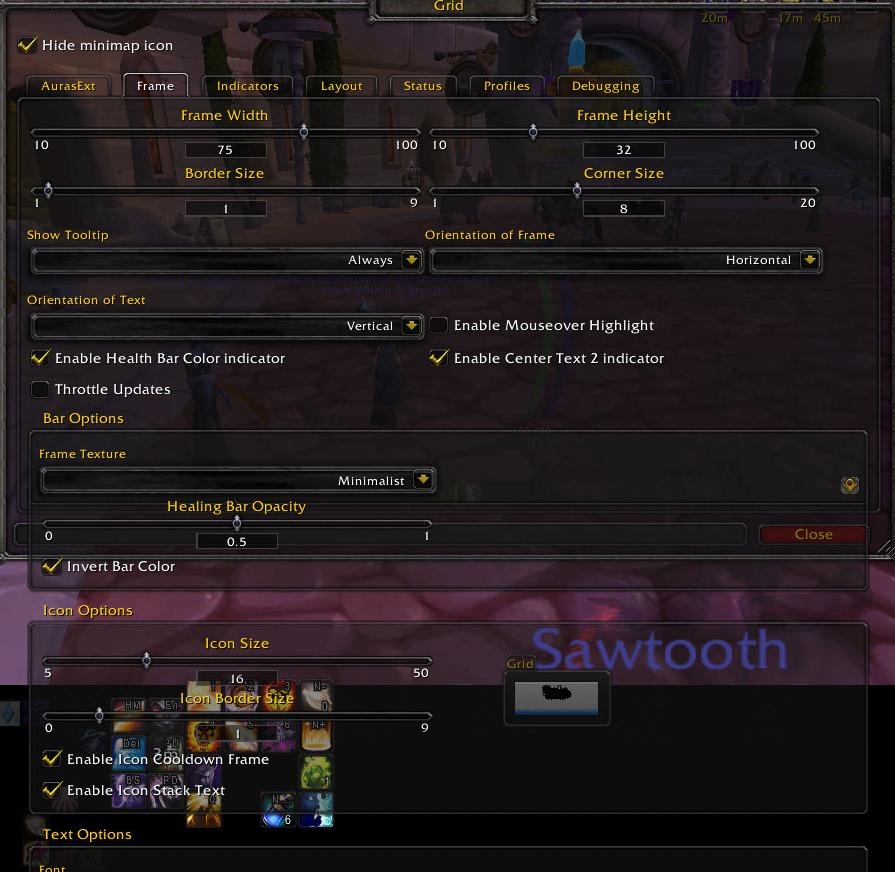 Apparently there are some kinks being worked out with regard to compatibility with certain grid plugins (known conflict, for example, with GridIndicatorCornerIcons).  If it bothers you, you can disable the naughty plugin or revert your grid version (to 1391 or earlier) until it’s worked out.  (Since there was a new version pushed while I was sleeping, this may well be fixed in version 1393.)