This happens every expansion. The expansion hits and you have those couple people in your guild who take three days off of work and next thing you know they are max level. Meanwhile you have just found the first flight point in the expansion starting zone. You start gaining a few levels and hit your stride, and they are already running heroics. Finally you hit max level and are looking towards running some dungeons, get some gears and hopefully get into a few heroics. But they are too busy to run stuff with you because they have to raid.

There will be some drama in guild chat and and on your guild forums about paying dues, and hard work, and not wanting to carry people etc etc. Then a few of the powergamer types leave the guild because they are tired of the noobs here. It is as predictable as the sun setting in the west and widespread as people who like Lady Gaga (303 Million views of Bad Romance on Youtube says she has plenty of fans who don’t admit to it).

So you like your guildies, you want everyone to stay friends, how can you defuse this drama bomb before things are said and done which make everyone pissed off at each other?

Having everyone on the same page helps the group see the direction.

This is not just something Guild Leaders and officers should be doing. There needs to be an open and honest discussion about what the group wants to do.

Most people get to raiding at some point in an expansion so a good bit of the discussion will be how soon you want to start. If you have several people who are ready to go go go, you may help keep people focused on getting raid ready by encouraging people to focus on one toon to start. Alts are fun, but you will hold back your guild if you try to get every alt to 80 before getting any of them raid ready.

Also clearly define what being “raid-ready” means. This might be a gearscore (if your guild is into that). What I prefer is that almost all gear and definitely all the big items come from Heroic dungeons, and if there is crafted equivalents, that is fine too. I am also a firm believer that all raid members should have every enchantable piece of gear enchanted (not the most expensive enchant, but class/spec relevant and preferably from the latest expansion). Also they should have appropriate stat food and flasks at their disposal. 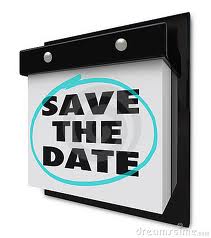 Oooooh I can't wait to see the new raid!

From the start time of the expansion you need to have to give folks time to level. Cataclysm comes out Dec 7th, there are plenty of December holidays and vacations which will take people’s time away from WoW. Understanding that, you might set a goal of having your first Cataclysm raid for early February. That gives folks time to level up from 80-85, and gives people some time to get geared up before walking into that first disaster of a raid.

Be clear that people need to raid ready in time for that first raid. In reality you may allow a person into that first raid who isn’t 100% ready, but made the effort, but no need to signal that. 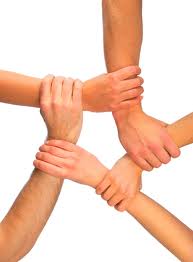 You still need to make sure your team knows how to work together.

Just because you no longer have raid night for raids, doesn’t mean you shouldn’t be doing stuff as a group. Try and keep your traditional raid nights on the calendar as something your guild does things on. I suggest use it as a Dungeon and Heroic night. Maybe have a contest on guild points or money raised for the guild bank. Maybe have a profession leveling night with the biggest gains get a treat. Maybe work together to grind on a faction which has a nice enchant.

The reason for these types of activities is that you keep people in the habit of saving those days for WoW instead of joining a bowling league or whatever. Also it gets people to help each other in getting geared up, or practice their rotation, or group play awareness. The more emotionally bonded the guild is into each other’s success, the more they will think of the group instead of themselves.

All that said, there is still the possibility that, for some guild members, the guild collectively isn’t moving fast enough for their tastes and might leave anyway. That is their choice, and that is okay. But if you have these types of steps in place over the coming months you can hopefully make a smooth transition from a leveling and gearing guild into a raiding guild again.