Today we’re going to talk about “binding sets” in Clique.  Don’t be scared.  It will be awesome!

So, you notice that when you bind your clique keys normally, it just says “default.” 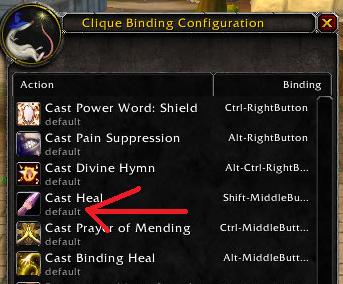 That’s your default binding, as in… it’s what the spell would naturally do if you just cast it (with a mouseover, because clique does that automatically). 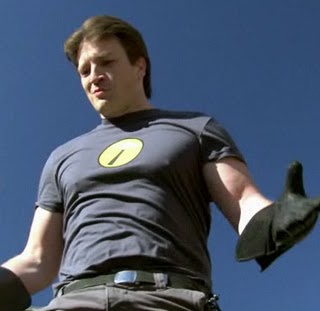 Default should be appropriate for 90% of what you’re doing with clique… but let’s explore some other stuff.

Stuff That Does Not Use a Target

Have you tried to use clique with something like Holy Nova, Mass Dispel, etc – where you don’t have a target.  However, the binding won’t work unless you hover over a frame (any frame). Epic fail, right?

There’s a fix for that. Right click on the binding and select Enable/Disable Binding Sets.  At which point you will be able to select “Global bindings (no target).” 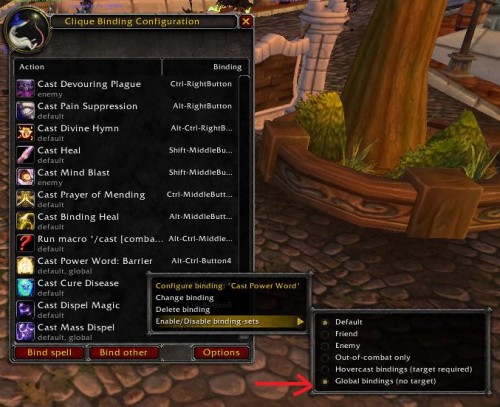 You can select it without unselecting default.  That’s totally fine.

Now you can use your binding with your mouse anywhere on the screen.

Leave Flash Heal as default, and then change Smite to enemy (and unselect default). 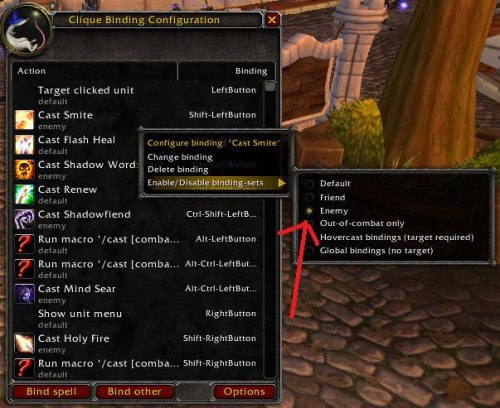 I don’t recommend doing this with a spell that is multi-purpose, like Penance, that already has an “enemy” component. It’s doable, as discussed later, but why would you want to?

The Rest (and why I don’t use them)

Your heals should work fine in the default setting, and there’s no point in setting your heals to “friend”.

Not only is setting the heals to “friend” unnecessary in most cases, but may limit your spell abilities without you realizing it. For example, Wild Growth CAN be targeted on a mob and splash AROUND that mob. In fact, it’s the best way to make sure both the tanks in front of the mob and the melee behind the mob get hit. If you set your Wild Growth binding to “friend”, you can’t center it on the mob anymore.

If you have a multi-purpose spell like Penance or Dispel Magic, you can set it to “friend” rather than default to effectively disable the offensive capability of the spell when you mouseover a hostile target. This could ONLY possibly be useful if you are accidentally harming mind-controlled targets with your penance, but that happens so infrequently.

Out Of Combat Only

You can use out-of-combat to “share” a binding. You can bind rezes and buffs to the same bindings you use for heals in combat.

I’ll be honest. I can’t get this one to work. Clique already casts on your mouseover. I thought this one might prevent you from having to use [@mouseover] in a custom clique macro, but nope, it doesn’t do that either. Steer clear.