This is a first in a series to review the leveling experience from 80-85. By the time most of you have read this, you probably are 85 already, but that doesn’t mean we can’t sit back and talk about what we thought of the story, game mechanics, and experiences we had in leveling. The opinions expressed in this series are that of Arcanetinkertank unless attributed otherwise, and are sometimes unique from the perspective of a mage. This series is ordered to cover the lower zones of Vashj’ir and Hyjal first, followed by Deepholm, then finish with Uldum and Twilight Highlands.

Welcome to Vashj’ir: The Zone Where Your Group Will Grow to Hate Each Other

Cataclysm launches and I am strolling around Stormwind and POP a quest shows up out of nowhere summoning me to some little island near the keep. No doubt the pivotal role I had in defeating the Lich King has been making the rounds of NPCs so no doubt they thought my awesome abilities could help them with their tinsy little problem. I stroll on over and start a chain which in a short while gives me a vision of Thrall casting something near an awesome whirlpool, gets me on a boat only to be grabbed by a huge tentacle, drug underwater and left for dead, and then begin the nightmare of expansion day spawn camping with everyone else. Zel was quick to join me under the sea, which despite Sebastian’s claims to the contrary, is not better.

It is not better where it is wetter you dumb little crab!

So there are a few problems with groups questing in this zone. First, like most of the expansion, there is extensive phasing making helping friends catch up is kind of difficult. I am going to trust Blizzard’s metrics say this is fine based on how people actually play versus how they say they would like to play.

Second this is a three dimensional zone, so directing your group to where you are now has a whole new element of frustration. For example there is a quest where you have to find something that randomly spawns, this resulted in the following conversation a few times.

ATT: Hey Zel come over here, I found one.
Zel: Where?
ATT: Over here, no come down. No to your left. No Wait you are going the wrong way I’m over here. Look at my screen. Do you see where I am?
Zel: Yeah and I see that Tauren druid taking it.
ATT: Son of a bitch!

Which leads me to the third problem, the abundance of people fighting over things the first few days. This means either every named spawn is camped with people hovering their fingers over instant attacks to tag it, or there aren’t enough people in that particular area the spawn rate is still pretty fast so just as you down one mob another spawns and you are still in combat.

All of this made me realize that I can deal with questing underwater or I can deal with people, but I can’t deal with both. So we agreed this was too frustrating for us and went to Hyjal. Because I had some free time to play this last weekend I went back to Vashj’ir as a solo player. The crowd had thinned a bit and I didn’t have to worry about getting separated from Zel. It has been a much better experience.

With me going back to solo the remainder of the zone to get the achievement, I found the whole zone a lot more pleasurable when the crowds were gone. The visuals make the zone seem other worldly, but not in the way Outlands with the floating islands did. It will take some getting used to the 3D space in regards to quest objectives, generally if you stay close to the ocean floor you’ll do fine. If you don’t see what you need look up to check that it isn’t there. The final zone event for 20,000 Leagues Under the Sea was a nice final chapter on the Zone. 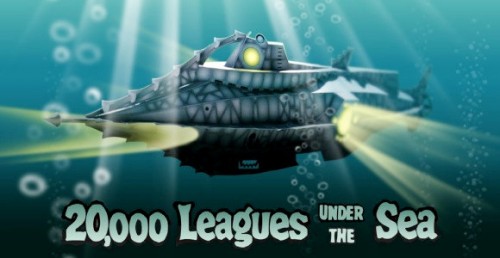 TL;DR:  my advice for Vashj’ir is do it solo if you do it at all. It is really pretty, and some of the quests are really fun. But if you are trying to run it as a group you need to have a system in place for three dimensional direction which most people don’t have by default, and to be fair the rest of the game rarely makes use of the Z axis before here. The story was well done and the restrained use of cut scenes made the zone quest progression feel natural. What annoyed me most at the start, in retrospect, was the over crowded zones, but by the time I finished this zone won me over as a fun place to level. (Pro tip – if you insist on leveling with a group, put raid symbols over everyone’s head. It will make it slightly easier to find your friends in the 3D space.)