You have been warned.

I am not happy about the Uldum quests involving Schnottz, otherwise known as Nazis. Do not want.

It Just Does Not “FIT”

We’re going to play a game. Remember, like in the OLD Sesame Street. I can even hear Cookie Monster singing now. 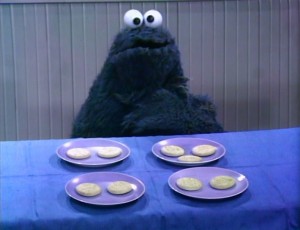 Did you guess which one doesn’t fit?

This is a fantasy game, boys and girls. My toon is such a fantasy that she doesn’t ever pee unless it’s part of a quest. Why on earth do I want real life butting in?

I Chose WoW, not a World War II Game

If I wanted to blow up Nazis, I’d pick a different game. A game about… World War II.

It’s not that Nazis are portrayed one way or the other that I find offensive. I find it offensive that they exist at all in my game. I play my game to get away from reality, not to have references to one of the worst things that reality has contained.

The fact is, nobody’s relatives have ever been killed by a dragon, dinosaur, wizard, or ogre.

How Far is Too Far with Sensitive Issues?

You know, I get that WoW has a lot of pop culture references.  Some people are cool with them, and some people are not.  I, for one, find their prevalence in the expansion a bit too pervasive, but I’m not passionate about it.

I also get that the Schnottzi’s in Uldum come in because of Harrison Jones, to recreate a pop culture movie reference. Which I don’t like, but doesn’t bother me. Now, when you start getting references to real Nazi stuff (Fashionism?  Gobbles? Really?) OK NOW I AM UPSET.

Everyone has issues to which they are particularly sensitive.  Some people earlier this summer took offense to the fact that the Goblin starter zone pushed a heteronormative (and revenge-filled) agenda. For me, I take offense at Nazis.

The fact that finishing one of the quests required dressing up in a Schnottzi uniform made me want to vomit in my mouth.1

Maybe it’s OK to allude to Nazis plainly because it’s been a long time.  I, of course, disagree with this, but we can talk about it, right?

Suppose one of the quests had been to take your Zepplin and crash it into the Horde’s “2 turrets” to bring them down. Would that be ok?  Hell no.

Oh… but September 11 wasn’t that long ago.  How about some other sensitive issues?

Suppose, as a green orc, you were given a quest to enslave pink orcs because… well they’re PINK! Is that ok? I mean, slavery is much further in the past than Nazis… To me, of course, the answer is still hell no, that is not ok.

Omg Blizzard, quit trying to bend every quest to an immediately recognizable reference (pop culture or otherwise)! I’m totally ok with killing twilight cultists or a rogue band of bloodthirsty owlkin. Whatever. Finding a pop culture reference is no longer “fun” like finding a secret Easter egg, but rather the norm to be slogged through. And in the zeal to create those references, there have been some serious missteps – not just Schnottzis…. but that’s the subject of another article.

Welcome to Spinksville: Tell me why (I don’t like Uldum)

Because we have new guests from Wow Insider here, I’d like to remind people about the commenting policy and to keep it civil, even if you agree or disagree with me or one of your fellow commenters.  I have turned on comment moderation for this post.  Please be patient, since your comments may take a few minutes to appear.