When I rolled my gnome warrior it was mid to late Burning Crusade. The late expansion ennui had set in, and I found like many people that being DPS looking for a group could take forever. Even with Zel as a healer we had trouble finding a group. So project Pocket Tank was born. With all of my characters I tend to set a little personality quirk. Something that makes them unique in my eyes. For the warrior this was going to be getting exalted with the Exodar so I could have a gnome on an elekk. I rolled up my little gnome warrior and walked through the wetlands (which was a walk of death at the time for alliance lowbies getting from Kalimdor to the Eastern Kingdom) and had several corpse runs to get to the Draenei starting area. And I did every quest I could find. No matter how much I hated a given quest, it had to be done, for the rep. And I got pretty close to exalted. I had been sitting at 19,950 of 21,000 for pretty much all of the Wrath expansion. I know I could have done the teen zones for other races and gotten the requisite sympathy rep or done the Argent Tournament dailies until I got the requisite rep, but I was busy raiding and running a guild. So that goal sat on the shelf. Until last night.

One of the changes in Cata is that every race has its own tabard. Last night I picked up the Exodar tabard and queued for a regular 85 dungeon. Two bosses in I switched back to my Earthen Ring Tabard because I finally hit exalted with Exodar. My Warrior was now set. 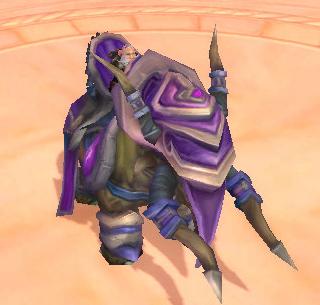 The problem is that from the toons perspective he can’t see where he is going. 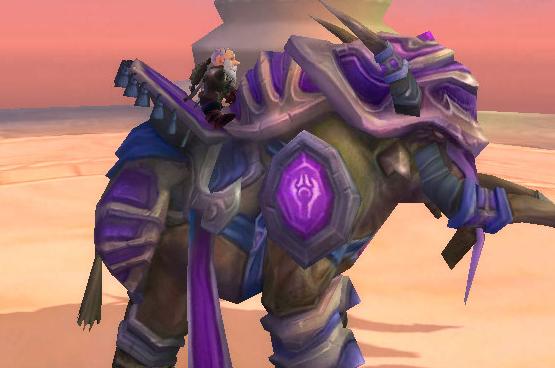 I guess I'll have to trust the auto pilot. 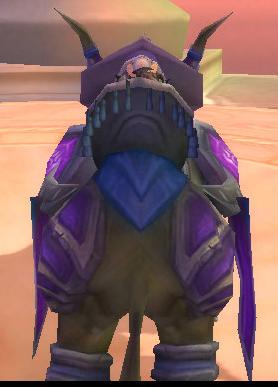 Fun fact: gnomes and elekks both have big ears.

Well being the solutions oriented gnome I am, I have a simple fix. I need to find a way to equip my Elekk with a periscope. 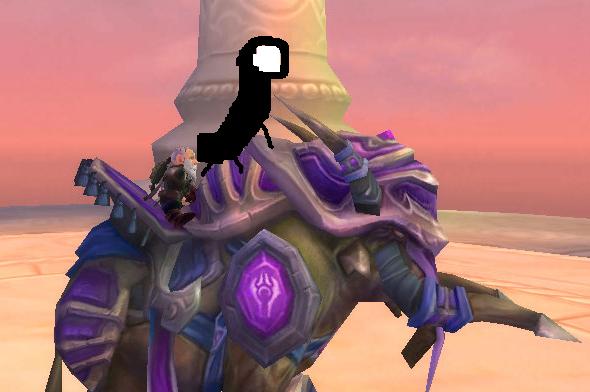 Of course who uses a ground mount anymore with old world flying? I will in the cities for sure.