I am not going to lie to you. I have no real advice on how to be the best Troll Heroic tank. This article was written over the span of two weeks recounting my trials and tribulations of tanking the troll heroics. It is pretty self reflective. Consider yourself warned.

My Lack of Tanking Progression

Warrior tanks, and I’m going to guess all tanks, are very gear dependent. In a  way you don’t see reflected in other classes a slightly undergeared tank will sink a group in a way that an ungeared dps or healer won’t. This is pretty much a fact. This is such a fact that back in vanilla I heard of many many guilds that had loot systems that gave the guild’s main tank first pick on anything passing all other raiders.

So where am I on my failtanking sidetrack from the gnomish mage supremacy I exemplify? To be honest I’m not doing so great. When Cataclysm hit I leveled the mage and then to help out I leveled the warrior to help in gearing others to be raid ready. We were a bit shy on available tanks so this made logical sense. But as we transitioned from a heroics running guild to a raiding guild he just sort of sat. He ended up with an ilvl of 346 which is fine for heroics, but I must say that Heroic Shadowfang keep and a nasty pug shook my confidence badly and I’ve been hesitant to jump back in the saddle. My warrior is the heroic tank of last resort and I’m pretty much okay with that. Any attempt to tank must be in a  guild group and they must endure at least twenty apologies for poor tanking during the run.

Along comes the Troll Heroics. Since they have come out the demand for five mans has increased in Eff the Ineffable, but for a multitude of reasons I haven’t done many of them. In fact neitherof my 85  toons have completed ZG or ZA. I comfort myself with the knowledge that I have feats of strength for both on my mage, and my mage doesn’t need but one or two things from there anyway and I should be able to get better in raids in the next few weeks I’d imagine.

And then there is the warrior…sitting in his 346 gear, the heroic tank of last resort.

I’m Getting Too Old for this S**t 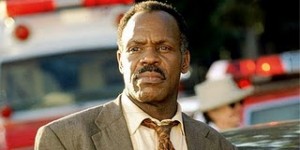 “Hey Gnoble would you be willing to tank the troll heroics?” I look at the clock I check how Twig is doing on her nightly resistance to sleep campaign. “Sure, but I must warn you I’m at 346 and it will be pretty bad.” “That’s okay.”

My first exposure to the revised and updated ZG was as a warrior. This is not a good place to start. I feel extremely squishy in these places. The fights hit hard and have complicated mechanics you are used to seeing in raids. Venoxis has a poison maze!? Really? Really? I have more than enough wipes on the Panther boss. I can’t in good conscience say it was crappy healing. And I don’t think in most cases it was subpar play on my part. Definitely not ideal, probably not great, but I thought I was doing solid. Yet attempt after attempt I felt like a mana sponge.

Zul Gurub is the hardest instance in the game at this point for me to tank. I cannot help but think that unless you already have a few epics and are heroiced out on all other gear, you have no business trying to tank this place. This places the occasional tank or the new tank in a bit of a bind, especially with pugs. The pressure on tanking in this kind of environment is going to be strong. A lot is going to ride on your shoulders, and groups will be both disappointed when you fail, and incredibly unlikely to let you give up. But at some point when you’ve reached your limit you need to just lay down the law and say “I don’t think I can do this” and be willing to walk away.

Just When I was Out They Pull Me Back In 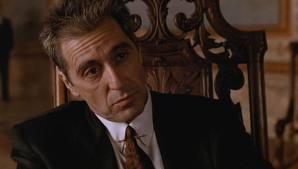 So resigned that the Troll Heroics might not be tankable by yours truly for a while I loaded up my priest alt last week for some mindless grinding. “Hey Gnoble….would you mind tanking a troll heroic?” “Sure, but I must warn you I’m at 346 and it will be pretty bad.” “That’s okay.”

The guild group has part of Zel’s vaunted team Heal Laralsong getting my back and a pretty solid DPS lineup. And by fortune we got Zul Aman which I hadn’t seen since the revamp. To my surprise I did pretty well. I’m not going to lie, I made mistakes. I pulled extra mobs on trash, I stood in the bad, I wasn’t able to taunt quickly enough. But we got 5/6 towards completing before we hit the wall of the final boss. I got a few upgrades and maybe I’m just a little bit closer to being a serviceable tank again. But the lesson I’m taking from all this is that if you want to tank, if you are serious about tanking you need to continually work at it. You cannot slack off. It requires dedication to getting the best gear you can, practicing the staples of tanking, learning and studying fights, and really having awareness. These things really are non-negotiable.

Why do we fall sir?
So we might learn to pick ourselves up 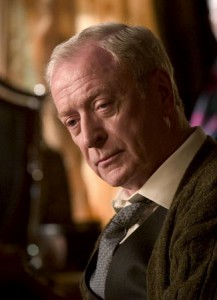 Finally a few days ago I tanked ZG again. We didn’t finish, but I feel a lot better about my tanking. Rhii was on her Pally alt, we had the Lizard, Grimmtooth, and Laralsong on his warlock. The lesson I  learned is that while it might seem impossible at first, with patience and persistence you can overcome your personal challenges in whatever class you attempt. Read a blog, scour forums, but mostly have a positive attitude. Last night on farm night I was digging through the DBM records while we prepped for our last BWD boss of the night and I saw that Eff the Ineffable has wiped 50 times on Magmaw. Some of these were learning and some are a kill goes sideways, but Magmaw to me now is considered easy, but it was a useful reminder that we all have challenges, and we will fail many times before we succeed. And eventually it will be so easy we won’t remember that we were frustrated at one point at all.