I know that I should want to do raiding “the hard way” and feel so accomplished when we actually kill the thing.  I should.

However, there comes a point where you just don’t want to wipe anymore.  I am to that point.  I just want him dead and I don’t really care how we get there, so long as in the end, the boss is dead.  Dead dead dead.

This weekend, we tried the infamous 1-tank method for Baleroc.  It did not go well.  Oh boy, did it not go well.  The tank died within 2 minutes into the encounter, each time.  With 2-tanks and 3-healers, at least we REACHED the enrage timer alive.  This time, not so much. 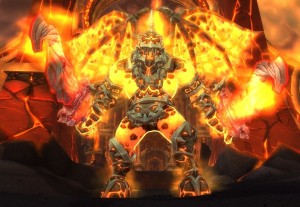 Dear Baleroc. Go have a drink on me. Just leave your loot behind. I won't tell.

I’m not disappointed in these nerfs.  Maybe I would be upset with the nerfs if we were on the cusp of winning.  But right now, it seems like it would be a long uphill battle.  I remember wiping for weeks and weeks on Arthas.  Maybe 2 months.  It was soul-killing.  (I think, in the end, it was somewhere around 80 wipes before the kill, and the kill did come after the nerf.) 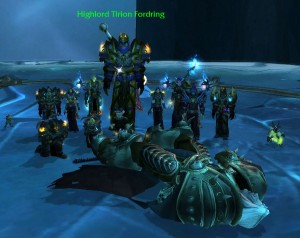 Arthas can suck it! And, yes, I totally ripped this picture off Alas's blog.

No, I am awaiting the nerfs with glee.  If I had to pick the lesser of two evils, I’m going to say that I’d rather take a win on a silver platter than continue to be demoralized.