Hi everyone.  Twig here (your favorite 3-year-old).  I thought I’d give you my in-depth analysis of Blizzcon news about Wow.  Mom’s analysis would be lame and cursory.

Shall we look at the Panda racials?

Bouncy: reduces fall damage by half.

Po can definitely bounce.  Not only does he fall down the stairs, multiple times, but his belly makes that “BOING” sound whenever anyone hits it. 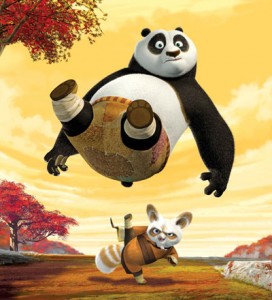 This was one of my favorite parts of the movie!  That rat, I mean “Red Panda”, finding inner peace. 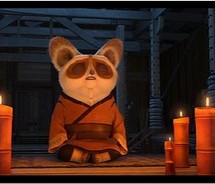 Papa Goose was a noodle chef.  Looks like the panda doesn’t fall far from the tiny goose tree. 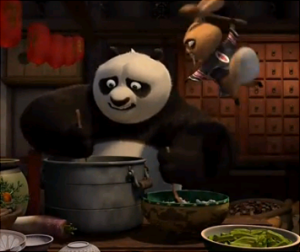 Do I really need to tell you how much Po loves to EAT?

Quaking Palm (from the live stream): Puts a target to sleep for three seconds.

Ok, so in the movie the “special hold” actually obliterates all the things, but let’s not nitpick.  It ain’t the Vulcan Neck Pinch. 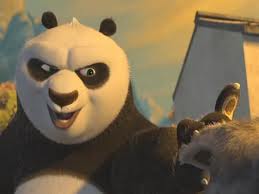 Go watch the movie.  Slackers.  Or you’ll be totally unprepared for this expansion 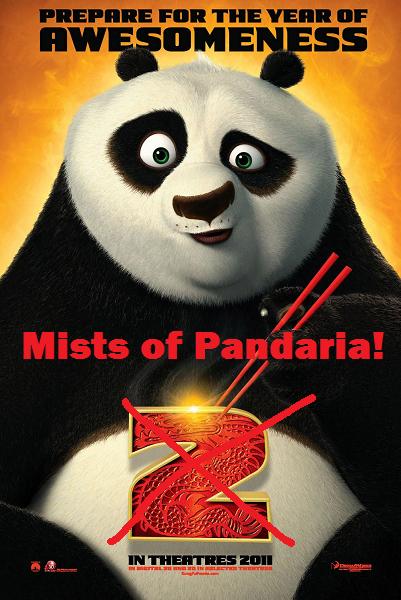 Pandas Can Be Good Or Evil

This is a stinky lie.  There is no such thing as an evil panda.  If you choose Horde, you should automatically transform into a leopard or peacock or other suitably evil race.

OMG!  Panda has a stick just like Po in the freakin movie!  And in the action figure. 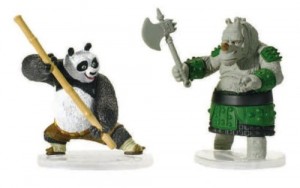 I guess other people can have sticks too.  Where’s the monkey or tiger race? 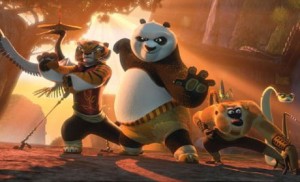 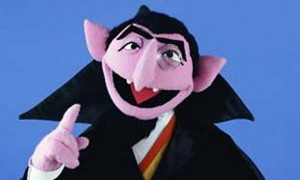 Granted, I, being awesome and all, can count to 20, but the rest of them (who are clearly not as awesome as I am) can at least get to 6.  Yay for Blizzard making the game accessible to the average preschooler!

This is totally plausible, guys, that there’s a continent that we never discovered before.  Hell, I just noticed that we have a hot tub in the back yard and I’ve lived here, like, since I was crawling.  Let’s cut them some slack for not stumbling over this continent until now. 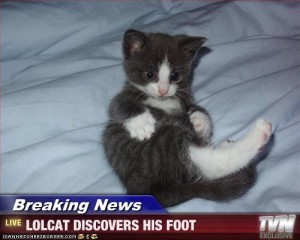 OH. My dreams have been answered.  Ima gonna get mah core hound and roast you guys with fire (Gramma Murloc says not to stand in it).  Mom also says that pokemon cards are too pricey, but we’re already paying for a Wow subscription.  This is what Dad calls “revenue neutral.” 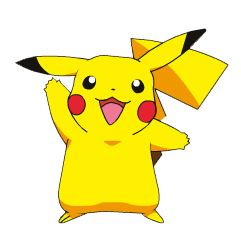 It won’t be revenue neutral when I buy this little bugger from the Blizzard Store.  Eat my Lightning!

You buy a 12-month pass and you get a mount, Diablo 3, and a beta invite.  Now, being that this is the ONLY way a 3-year-old is going to get into a beta, I heartily support this plan.  My feedback on bugs and features will be legendary.

This is what Dad calls “bundled goods and services encouraging overconsumption.”  Then Mom did an eyeroll like she does when he talks about “the deficit.”

Mom was muttering something about “more gogogogo stupid DPS”.  Even I know that there is no such word as “gogogogo”.  When it’s time to slow down, do you say “stopstopstopstop” because that’s the opposite of “gogogogo”?  You grown-ups are confusing.

No tank?  No healer?  No problem!  Which is good because nobody except Mom wants to play a healer.  I worry about her sanity.

Is this expansion going to be awesome or what?! (Mom says “or what.” Mom is also babbling something about Republicans of the Old Space Wars, or something of that nature.)