Guys… have you ever heard someone dismiss healing as “whack-a-mole?” Sure you have.  Did you strangle the person?  No?  Well you have enormous self-restraint, congrats.

It ain’t just whackin’ moles.  If healing were an ACTUAL whack-a-mole game it would be the hardest and most evil whack-a-mole ever. 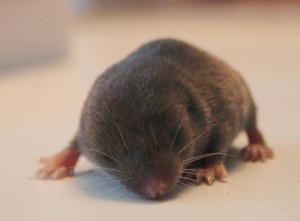 Don't whack THIS mole. It's too cute.

Welcome to Healer Whack a Mole.

There are a few special moles.  If you miss a whack on one of them, game over.  (The worst part about these moles is that they are whiny.)

Some moles appear to be defective and need extra attention, even though they are not the special moles.  (These moles are also whiny!)

Sometimes, when you whack a mole, it doesn’t go away and you have to whack it again.  Harder.  With feeling.  You can use a Large Mallet for those sorts of moles… but if you use it for all the moles, you will exhaust yourself before the end of the game.

Sometimes all the moles pop up at once!  Fortunately, you have an Wide-Head Mallet to whack multiple moles at the same time, although using it too much will leave you exhausted before the end of the game.

In fact, you’re always switching mallets so you can hit ALL THE MOLES without wussing out before the end of the game.  God forbid you pick the wrong mallet!

Some asshole spilled a soda next to the mole machine.  You have to avoid it or you’ll slip and fall.  If you slip in soda, game over.  Sometimes when you’re tiptoeing around the soda, a mole will pop up and you won’t be able to reach it.

I swear, I think I just saw a mole poking up not even on the table!  How the fuck did it get over there where I can’t reach it?  And how the everlovin’ hell did it manage to slip in the soda?

It’s really nice to have friends help you to get all the moles.  But if you guys don’t come up with a strategy, you end up hitting each other’s moles, tangling mallets, moles start going un-whacked.  If you have a team that is good, it’s an awesome game.