Maybe I’m looking at this with rose-colored glasses because I’ve never before truly played horde, but I love the horde garrison.  Well as much as one can love a garrison (so not that much).

First, I blew up some goblins.  If there is a clicky to click, one must click it, so I did. 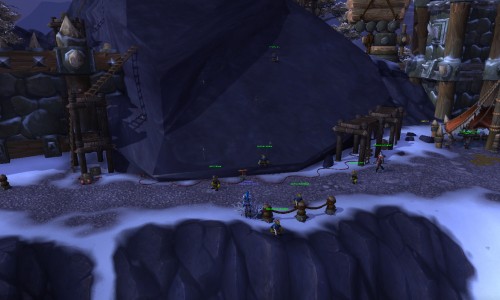 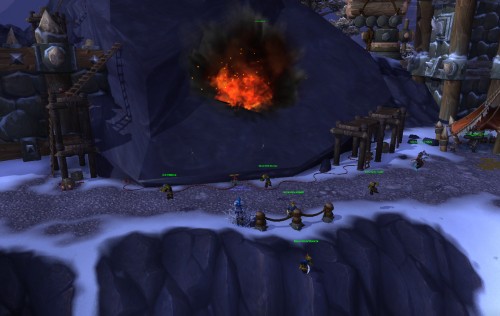 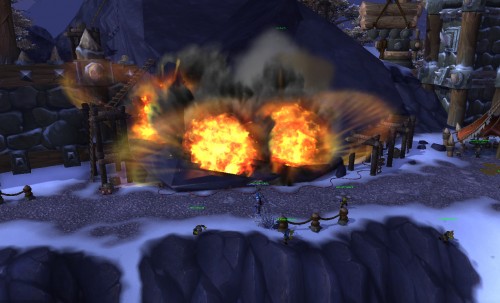 I kind of exploded myself, but didn’t die, so it’s a win all around.

Next, I see this peon sleeping, just SLEEPING in my garrison! 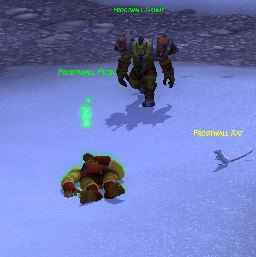 I remember the old days when you could whack peons on the head in the orc starter zone and that was my favorite quest of all time (do they still have that quest after cata?)  Anyway, I was unable to whack or otherwise wake up this lazy jerk just crashed out in the snow.

Then a grunt comes along (as you can see above, walking toward the peon) and promptly smacks the shit out of said peon. 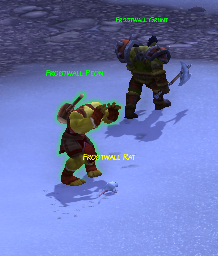 Grunt walks away, peon does the scared jazz-hands.  Classic.  5 minutes later that damn peon was asleep AGAIN in the same spot.

I am also pleased to report that the level 2 garrison has a toilet, so I don’t have to “piss in the snow.” 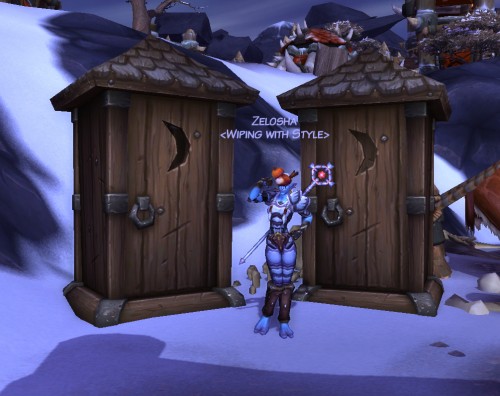 Twig of course wanted to see me blow up the goblins a lot of times and then we waited for sleeping peon to get whacked again.  I miss Squiggy, but overall I like this hordie garrison.